The communities — Prem and Ganga in Bihar; Deva and Cheeda in UP; Bete in Punjab; and Thali in Haryana — were classified on the basis of gender gaps. These gender gaps were gauged with reference to indicators such as women’s leadership, physical mobility status, education levels, access to and control over productive assets, and the ability to market and to benefit from sales of agricultural produce. The study used the concept of doxa — ideas and actions in a society that are taken for granted and are beyond questioning — as an “analytic lens to help understand the ways in which women deploy their agency to secure their goals”. It reflected strategies — ranging from quietly co-performing to more assertive ones — that women adopt to participate actively in decision-making. Women respondents in low-gender gap communities in the study remarked “there was not much difference between the ways a man and a woman worked”, while men commented, “women should be allowed to go out and work because this increased their income and benefitted the family”. Some women were also explicitly recognized by their spouses as innovators, the study found. “Women selected and improved wheat varieties and inputs such as inorganic fertilizers. Though social norms still prescribe that men should ‘not allow their women use machines’, in reality, some women use them directly or employ drivers,” the study stated. 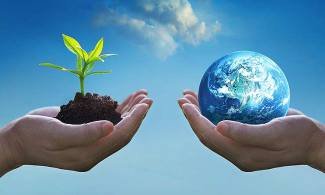 How Hi-Tech Agriculture can transform farming